BSA Troop 42 was founded in San Mateo in 1958 with the goal of having an organization to teach boys skills and leadership. Troop 42 met regularly at the Peninsula Temple Beth El in San Mateo until 2014, when the Troop moved to St. Bart’s Catholic Church in San Mateo. Currently the Troop meetings are held on Tuesday nights at Baywood Elementary School in San Mateo. We are chartered by the San Mateo Rotary Club. Scouts BSA Troop 4042 is the linked girls troop what works alongside Troop 42 and was founded in 2020. Our Troops are founded on the basic principles of the Boy Scouts of America with emphasis placed on:

From the Daily Journal archives:

With its motto “We Lead the Way,” San Mateo Boy Scout Troop 42 has been leading the way since 1958 when Dr. Arnold Drucker of San Mateo founded it. Regularly meeting at the Peninsula Temple Beth El in San Mateo since then, the troop is now celebrating its 50th anniversary this month.

“Troop 42 has been an important and integral part of the community and history of San Mateo and the surrounding area,” said Tom Walsh, former troop member and current secretary.

The troop was founded on the basic principles of the Boy Scouts of America with emphasis on community service, character development and development of outdoor and scout craft skills. The troop is open to boys between the ages of 10 to 18, regardless of faith. “The initial troop was small. The troop’s initial charter showed 6 registered scouts and 9 adult leaders,” said Frank Coltart of San Mateo in a press release. Coltart is a former adult leader of the troop and a member of the committee planning of the troop’s 50th anniversary festivities.

According to the press release, during the 1960s and 1970s the troop’s scout roster increased to an average of between 45 to 50 scouts per year. Currently the roster stands at 43 registered scouts. According to Coltart’s calculations, since the troop’s founding, it has had more than 400 San Mateo area youth participating in its scouting program. Of these 400 boys, 160 boys have attained the rank of Eagle Scout (the highest rank in Boy Scouts).

Community service is a requirement for rank advancement. Hundreds of scouts have gone through Troop 42 in the last 50 years and each scout has had to complete service projects for higher rank advancement. Many hundreds of hours have been spent providing service to the community at schools, churches, parks, nonprofits, building, repairing, cleaning, collecting food, books and musical instruments.

Outdoor activities are a trademark of Troop 42 because they have at least 10 outings a year. The outings consist of car-camping trips, backpacking, rafting trips and snow-camping trips. Some of the major outings of Troop 42 included a week-long river rafting trip in Northern California, hiking Half Dome in Yosemite, a 50-mile hike in the Sierras, the annual father-son beach camping trip and the Troop’s annual mystery trip.

Bruce Gledhill, former adult leader of the troop said, “I share many fond memories of working with my son and the other scouts on many projects, trips, camp-outs, hikes, skills, merit badges.” The troop is planning two local events: A Court of Honor on Thursday Feb. 26 and an anniversary dinner on Saturday Feb. 28. The troop is expecting more than 200 past and present scouts and adult leaders to attend the dinner. “I look forward with great anticipation to reuniting with “old troop” members and families, as well as meeting the present members of Troop 42,” Gledhill said. 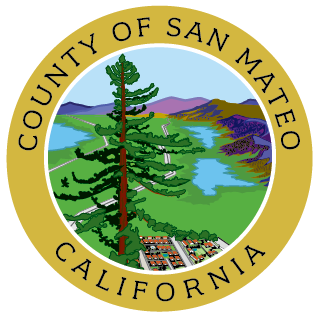 We’d love to hear from you!

If you are new to Scouts BSA and want to join Troop 42, visit Scouting.org to apply online.